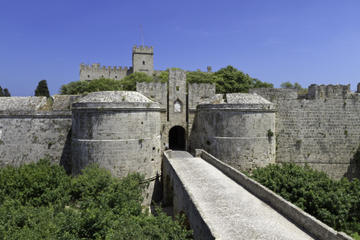 Many Jewish people come to Rhodes Island specifically to visit the Jewish Quarter and to trace their ancestry.  The Jewish Quarter is sometimes overlooked by visitors who don’t really know the history. There was a strong Jewish community living in Rhodes in the 1920s, 4000 or so people, but during the Holocaust the Jews were deported and most perished in the concentration camps.  It is reported that of 1673 Jews who were sent to the camps, just 151 Jews survived.

Many Jewish people come back to Rhodes to find their roots.  Whether you are Jewish a not, a tour of the Jewish Quarter in the Old Town of Rhodes is absolutely fascinating.  You can walk through the Jewish Quarter and combine it with a walk of the Old Town of Rhodes, taking in all the ancient temples, churches, mosques and synagogues. There is a lot of history on the Island of Rhodes – and it’s not all beauty.

Highlights of the Jewish Quarter include the Kahal Shalom Synagogues, Greece’s oldest synagogue.  There is a Synagogue Museum with early 20th century photographs and documentation that comes from the holocaust.  There is a holocaust memorial and a Jewish cemetery too.

Once you have had your fill of history, and you may be feeling emotional, there is time to enjoy a delicious Greek meal in a fabulous Greek taverna.  You can shop at any of the vibrant markets in the old town, and you can also head to the new town with its selection of  hotels, bars, cafes and taverns.  The bay and the beach are gorgeous in Rhodes, but if you want a fabulous view, then head up to the Rhodes Acropolis.  You can walk if you’re energetic, or jump in a tour bus.  Take your cameras, a hat, good walking shoes and because you are in Greece – always your swimming costume. 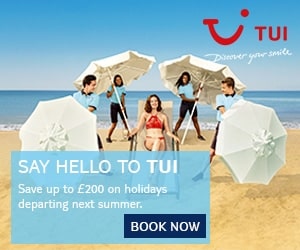 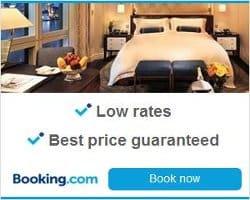 We are sorry you are leaving

For the best deals on hotel/flight packages or just a flight or a hotel
Tui holidays has it all.

{"cookieName":"wBounce","isAggressive":false,"isSitewide":true,"hesitation":"","openAnimation":"shake","exitAnimation":"shake","timer":"","sensitivity":"","cookieExpire":"","cookieDomain":"","autoFire":"","isAnalyticsEnabled":false}
×
We use cookies to ensure that we give you the best experience on our website. If you continue to use this site you are giving consent to cookies being used.OkRead more